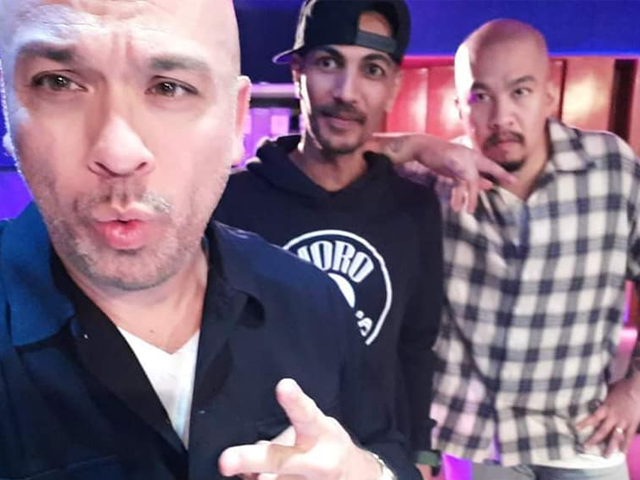 As Hip Hop continues to grow in the Philippines over the years, one of the most important elements of the genre is the sincere dedication to artistically vision and represent our own culture. Most Filipino Hip Hop artists write and produce songs about the society, heritage, noble people and of course, the Philippines in general.

One of the most notable Hip Hop artists from the Philippines today, is Mohammed Bansil a.k.a DJ Medmessiah – a Filipino Emcee, DJ and Producer who stands as a bridge for aspiring emcees to hone their skills in delivering messages and knowledge through quality and highly dedicated type of Hip Hop music. A two time Awit Awards nominated Producer, he was also one-half of the Awit Awards nominated rap duo, Dos Fuertes along with his fellow emcee, Boca. DJ Medmessiah has produced numerous songs and beats for a variety of ingenious rap artists both the new and veterans alike.

DJ Medmessiah’s music is exceptional and striking due to his unique approach and executions. He often makes and uses ethnic sounds incorporating his own roots and various musical influences. This is why he, along with Filipino American producer Illmind, his emcee/lyricists daughters A and Fateeha and Moro Beats young gun – Tanikala, was featured on Jo Koy’s latest Netflix Special titled Jo Koy: In His Elements which premiered on June 12, 2020. DJ Medmessiah produced the main soundtrack for the special titled Kayumanggi. A total banger. And it is not a surprise why more and more people are now eager to listen to the full track based on the feedbacks of the show especially on YouTube and Social Media. Although the track is likely to be the newest anthem not just for Filipino Hip Hop heads but for Filipinos in general, Kayumanggi is just one many gifts from DJ Medmessiah to music.

DJ Medmessiah’s unparalleled dedication to his craft is widely known to Filipino Hip Hop fans and artists from all over the globe. Aside from being a well-known DJ/Producer who shares many of his beats for free, his Production label Moro Beats continues to make an impact as one of the most notable production/distributors in the country. The label’s roster of artists is well stacked and mentored by DJ Medmessiah himself. All of the artists representing the label are worth mentioning but to name a few, some of the notable names are JKid, Tanikala, Fateeha, A, Kudos, Rudic, Kintab Talas, Damsa, Audio Rebel, Kumander Umbrokatu, Antidota, Prophecee and Simbbolo.  Moro Beats covers Luzon, Visayas and Mindanao to as far as Singapore, United States and Canada.

Moro Beats is arguably the most active Hip Hop labels in the Philippines right now, and the most welcoming as well. In fact, its online rapcon “Bara sa Bara” has just concluded its third season. Winners has been announced on June 18, 2020. Kar Kar and Mac Claidel tied at 3rd place, Godfrey (2nd place) and James Marasigan Capiztrano was named Bara sa Bara 2020 Champion. Aside from “Bara sa Bara Online RapCon”, all aspiring rap artists can send their demo recordings to Moro Beats. And again, there are tons of free beats (mostly Boombap) from DJ Medmessiah that you could spit on. Give it a try. Who knows? You could be a Moro Beats artist tomorrow.

A selfless artist in one of the largest and most powerful platforms in music, DJ Medmessiah will not stop in searching and providing the necessities for you to be one of the respected Hip Hop artists in the future. His eyes never rest. His ears always listen.

DJ Medmessiah along with Morobeats is on its way to be one of the epitomes of Hip Hop in the Philippines.