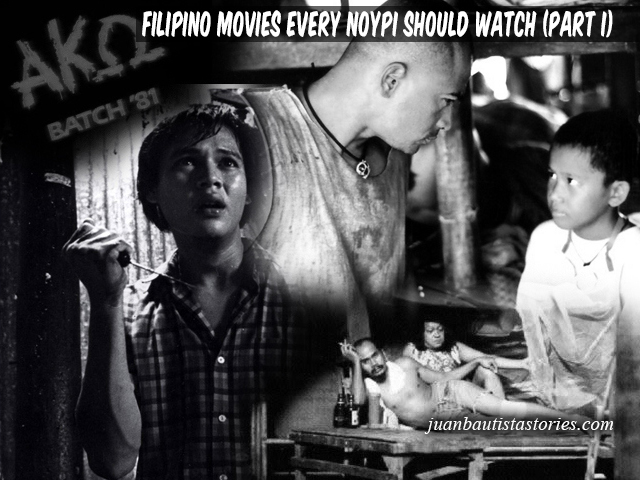 I’ve been a fan of Filipino Movies since childhood. Whether it’s horror, action or comedy, I really enjoyed watching them especially during the afternoon (Sine Klasiks).  Those were the days! From Lito Lapid’s peculiarly arduous stunts, Ramon Revilla’s “Anting Anting” movies, FPJ’s epic 50 punch combo to his favorite victim Paquito Diaz, to Dolphy’s hilarious conversations and misadventures with Babalu and Panchito.

There are so many things I really miss in Philippine Cinema. Nowadays, for 180 or 200 something pesos per ticket all we can expect are those trying hard special effects, derogatory comic lines, dramas (that aren’t dramatic at all), remakes and sequels that doesn’t really make sense.

This article will not take you to the upcoming MMFF 2014. I’ll just let the bashing to my favorite bloggers and writers on the net. And I’m not a Pulitzer Prize recipient like Roger Ebert or a Cannes winning film director  or atleast studied film and literature in school to fulminate the roster of entries. It’s just mostly, I really don’t enjoyed them at all. Yes! “Enjoyed”. Though the entries are scheduled to premiere on December 25, almost half of the entries are sequels to last years’ so what do you expect. You don’t have to be Jojo Acuin or Madam Auring to predict that.

The listing below is just some of my Personal favorites that I wanted to share to you guys. So please don’t expect this to be like Roger Ebert’s Top Ten Movies Of All Time. If you haven’t seen some of them. I just hope Youtube, Torrent and the likes will save the day.

And if you have something in mind to share, please do so. My thanks in advance… maybe I still haven’t watch them.  Happy Reading! \m/

Here is my first list in no particular order: 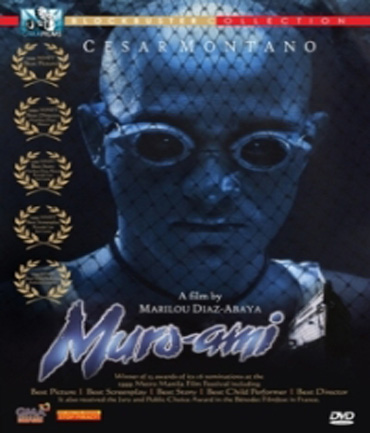 “Walang kakain hangga’t walang nahuhuling isda!”, this is just one of Cesar Montano’s countless  moments of greatness and proof from him for being one of the finest Filipino actors of our time. Directed by the late Marilou Diaz Abaya, Muro Ami follows the story of Fredo. A fishing boat captain that practices illegal fishing with his divers who are mostly children.

Aside from the fascinating dive scenes, the actors’ performances in this masterpiece is truly remarkable. From Cesar Montano to supporting actors Jhong Hilario, Pen Medina, Rebecca Lusterio (won as Best Child Performer) and Amy Austria whom I believe still bears one of the most beautiful faces in Philippine Cinema up to this day no doubt. 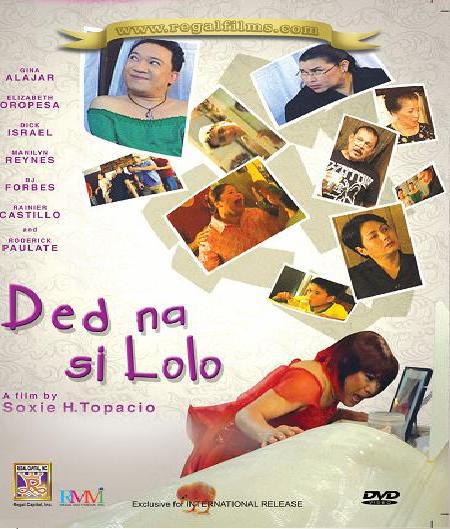 This film is probably one of the best comedy-drama ever made that represents a typical Filipino funeral of a family wrapped with cultural beliefs, superstitions and traditions which makes this film the most hilarious of 2009. And with a cross-dresser Roderick Paulate in it, well, what could you expect. Starring an ensemble cast, the story revolves on the duration of their father’s funeral. Comedy and Drama with a twist. With well respected actors conversing, arguing and cursing from time to time about this and that. This film is to watch for believe me. 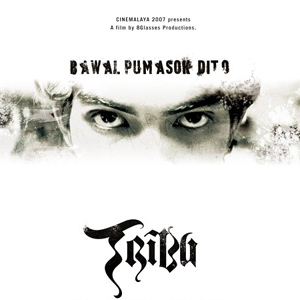 Set in Tondo. This film depicts the lives of young gangsters engaged in rap music and street violence. One of the main aspects of this movie that I truly like is how realistic the characters are played. I even heard from a friend that auditions have been made for real gangsters to cast in the movie (though I’m not really sure about that).

But again, if the young gangsters in this movie wore oversized FUBU shirts with either red or blue bandanas on their heads like Bloods and Crips I would be pissed off.

I also enjoyed the  rap freestyles especially on the wake of a homeboy from SBT gang. I can say, that’s really freestyle rap right there.

Thanks to Jim Libiran, the Director and Writer of the film. He obviously took time and effort for this Cinemalaya Entry. A must watch! And good news, it’s on Youtube. Yeah! 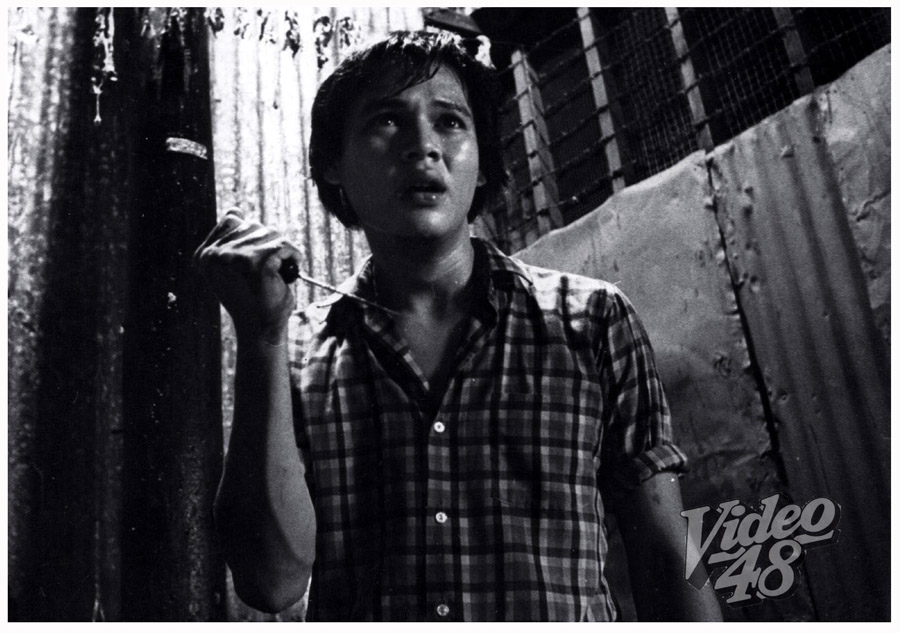 It was shown as part of the Cannes Classics section of the 2013 Cannes Film Festival. 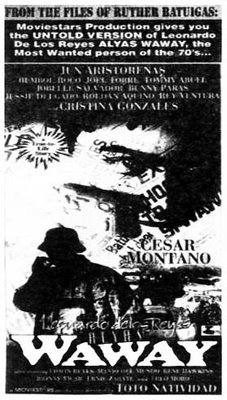 The story of Leonardo “Nardo/Nards” Delos Reyes. Portrayed by my all-time favorite Cesar Montano, it follows Nards’ tragic fate from the police when he is nabbed by mistaken identity for killing someone.

Due to trauma, Nards starts to go almost insane and implemented his dark vengeance as he puts down random cops one by one. I don’t want to spoil the whole story, this is a very good movie you need to watch it. 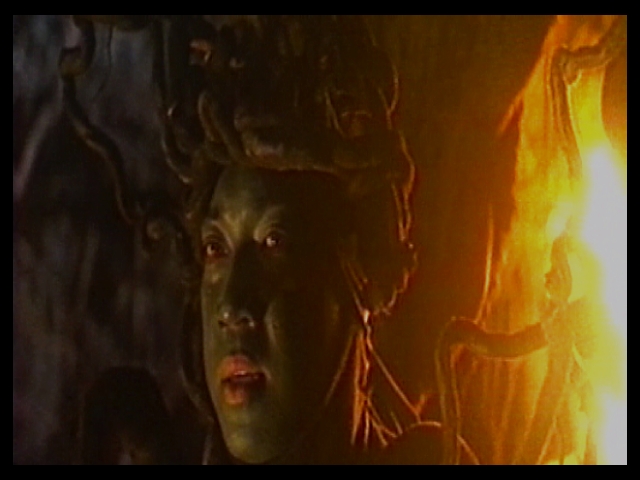 A film by Tata Esteban. Starring Roderick Paulate, Francis Magalona and Janice De Belen. I really enjoyed this film when I was a kid (a  1992 film) because Roderick’s role as the Ring Leader of the “Tree People”  named Yorac is a total badass! His battle with Uban (Francis M.) with their underlings is a Royal Rumble in the Jungle. Literally!

I really believe that this generation need to watch this film for the main focus of the plot is about Nature. And I really hope that beings like Yorac and Uban really exist in the midst of our mountains to rule and protect. 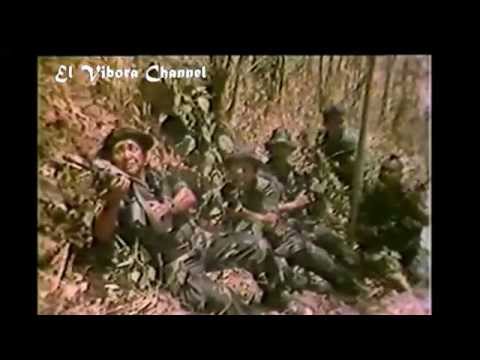 Old school comedy at its best! How I wish there will be another movie or should I say, new generation of comedians like the dream team cast of this film who can make you roll over the floor in laughter effortlessly. Redford White, Cachupoy, and Don Pepot with Tatlong Itlog on the side.

Redford White’s dumbass character and Cachupoy’s voice alone can make you laugh again and again for over an hour. 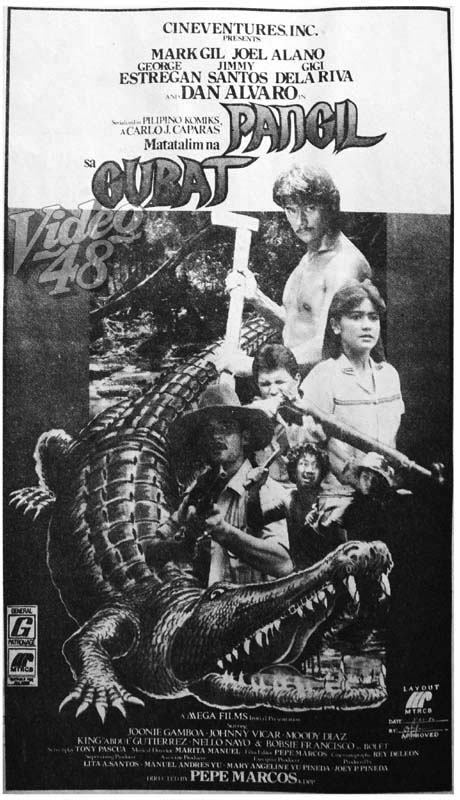 Before Hollywood’s Lake Placid, Anaconda, King Cobra and the likes, we have our very own man eating beast movie titled Matatalim na Pangil sa Gubat. The film follows the story of Putol, a local crocodile that attacks and kills the villagers one by one  in search and revenge for a boy turned hunter (Mark Gil) who struck its tail with a machete years ago. Then a local villager turned heroine played by Dan Alvaro saved the small town with his Lito Lapid like acrobatic moves and skills.

After Putol’s killing spree on local villagers and professional hunters, you will realize in the end that all you need is a stray grenade and two bamboo spears (make sure you can throw a spear accurately using both left and right hand) to eliminate a vengeful croc. Badass!!! 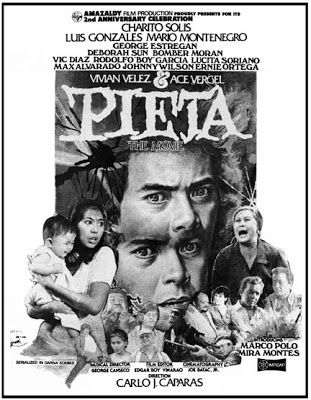 The film stars Ace Vergel as Rigor, probably the most obnoxious character I saw in a local film that gave him the SOLE credibility to be the one and only Bad Boy of Philippine Cinema. The movie title itself tells it, the story focuses on mother and son relationship.

Only Ace Vergel aka ALAS is fit to star for this movie. You will curse him to the grave while watching Pieta. And Charito Solis’ character as his mother deserves a Bayaning Filipino Award. 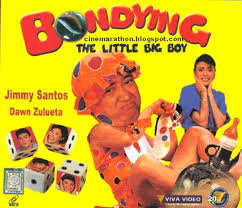 This movie secured a place for Jimmy Santos to be one of the few comedians that will never be forgotten in the coming generations of Philippine Cinema.

Because he played Bondying. An oversized childish adult with a pair of legs as huge as his uncle’s body and with a pair of fists that resembles the size of my shoulders . His milk bottle can feed a dozen infants. The way he terrorized his merciful “Yayas” are comical genuis.

I just hope that there will be no aspirants in the future to gather guts to remake this movie. Please. The role of Bondying from Mars Ravelo is destined for Jimmy Boy from Pateros. Instead. I hope mainstream film makers today will watch this movie again to inspire them.

Aside from the funny scenes of Jimmy, Panchito and Chichay team up, matched with the young Dawn Zulueta’s beauty, the fight scene between Bondying and Paquito Diaz along with his goons is both a heartbreaking and fist clenching moment that you will yell on the screen unrestrained, “Fight back!”. And don’t you worry, Paquito’s most regretful deed throughout the movie is slapping Granny Chichay right in front of her heavyweight champion of the world looking grandchild. And it unleashed the sleeping fury inside of our hero Bondying.

Aside from the funny elements of this movie, love of family, respect and be a total badass if necessary is shown. How badass? Strike a raging uppercut right up to Rene Requiestas’ jaw that will left him hanging in a basketball hoop! 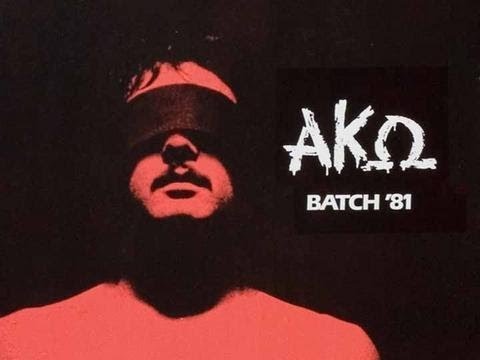 This Mike De Leon movie starring Mark Gil is  one of the best movies every Filipino should be proud of because it has been screened at the 1982 Cannes Film Festival’s Directors Fortnight.

It tells the story of Sid Lucero (Mark Gil), who decided to join a fraternity (Alpha Kappa Omega). 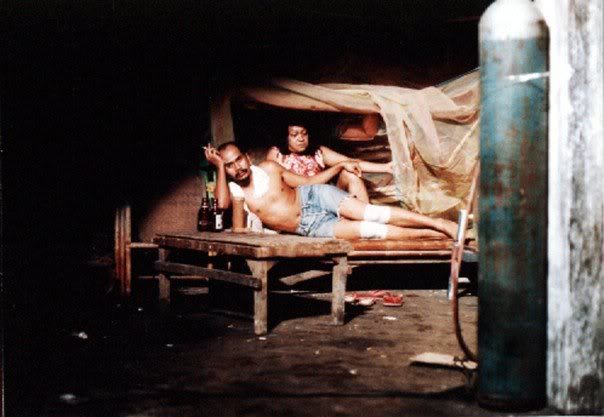 Scorpio Nights (along with ORO, PLATA, MATA) is one the best films by one of our finest Directors Peque Gallaga.

Not just your typical “love triangle” movie. From the film’s setting to the main characters, it’s simply perfect. The way this movie resembles the Filipino Urban Living. The environment. Even the supporting cast, this movie will not end up being a masterpiece without them. 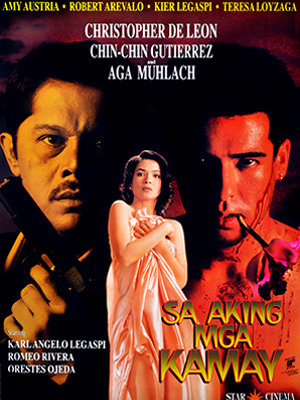 I’m a huge fan of thriller and slasher films. Actually I don’t even care if the movie is low-budgeted and heavily panned by critics. Hatchet, Texas Chainsaw Massacre, Halloween, Scream and the likes. It’s just blood and violence really entertains me.

And personally, this is my favorite Aga Muhlach film. He played the role of Gene Rivera, an elegant looking lunatic who never showed a sign of satiety in killing unfaithful wives.

The movie started with Gene, a young boy who witnessed the murder of his mother by his own father. And it triggers his undying endeavour to exterminate every cheating women he encounters. Badass!

Personally, I truly believe that we have so many good new and upcoming actors and film makers up to this day. It’s just most of them (especially on the mainstream) focus on sequels to movies which earned over 100 million (that keeps me wonder how did that happen up to this very moment while writing this article) last year, stories and scripts that my grade 1 nephew can come up with something better, and one dimensional celebrities who show us how to cry, argue with someone and gone berserk and still manage to stay “cute” in front of the effin camera!

We don’t need a new Pieta, Lino Brocka or Dolphy. It’s just, you know, I’m a great believer that we are better than that (mainstream movies nowadays). 🙂

So there. Thanks for reading!

5 thoughts on “Filipino Movies Every Noypi Should Watch (Part I)”